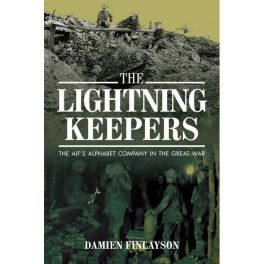 The AIF’s Alphabet Company in the Great War

I must start by confessing to having never heard of the Australian Electrical and Mechanical Mining and Boring Company or of their achievements in the Great War.

So this latest book from Damien Finlayson is one of great surprise and delight. It also continues the story from Finlayson’s previous book “Crumps and Camouflets” which traced the history of Australian tunnelling in the First World War.

For obvious reasons, the name proved too cumbersome for most diggers and so in unofficial circles it soon became known as the Alphabet Company.

Sent to France in May 1916, the company of 260 men soon proved its worth in its support of the frontline tunnelling companies.

Led by Major Victor Morse, the Alphabeticals arrived in France with an array of equipment designed to improve the conditions of the troops working underground. They operated and maintained water pumps, generators, ventilation fans, drilling equipment and other ingenious devices in extreme circumstances.

But it was not only the tunnelers who benefited from their expertise. The Alphabet Company installed many power plants for lighting headquarters dugouts throughout the Western Front.

This is the first account of the Alphabeticals and it is a credit to Finlayson that he has produced such a fine detailed history given that the unit’s original war diary was destroyed at the very end of the war.