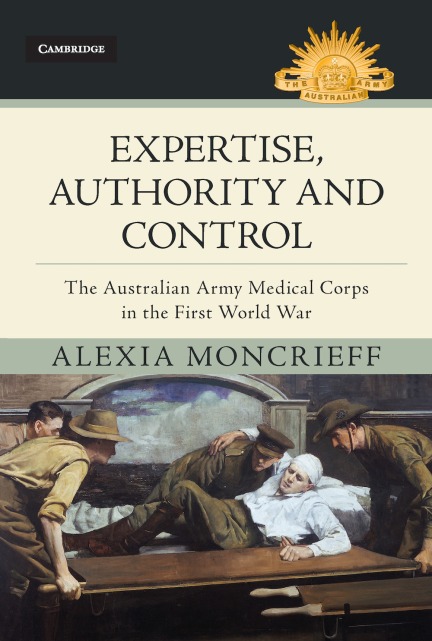 The Australian Army Medical Corps in the First World War

My interest in this book was piqued, not only because it charts the development of Australian military medicine in the First World War, but because my very own existence is down to the medical care my grandfather received in Port Said after being badly wounded by an exploding detonator in August 1918.

He was on the dangerously ill list for two months, according to his records. He suffered side effects for the rest of his life, never able to return to his work as a chef.

While Moncrieff has limited her study to the Dardanelles and the Western Front, she has exhaustively mapped the provision of medical care through casualty clearance and evacuation, rehabilitation and the prevention and treatment of venereal disease in these campaigns.

She exposes the tensions among the traditional imperial, military and medical hierarchies, which is no surprise.

The Royal Army Medical Corps (RAMC) had a substantial permanent staff, while the Australian Army Medical Corps (AAMC) had to be brought up to strength by the recruitment of civilian doctors who were immediately designated as officers, with ‘underdeveloped military thinking’.

Yet by 1918 AAMC officers were instituting their own plans for the treatment of evacuees from the front line, regardless of whether approval was forthcoming from RAMC or not, indicating their ability to adapt their medical plans with military thinking.