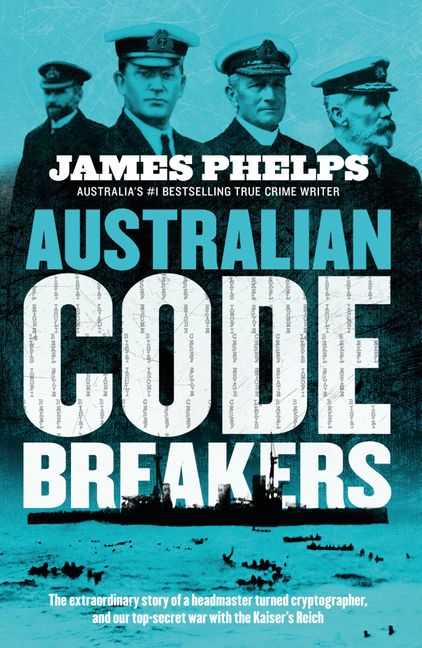 Our top-secret war with the Kaiser’s Reich

Author James Phelps is better known for his forays into true crime. However, with this latest book, he had moved into the military history genre, recounting the compelling story of the unravelling of a top-secret naval codebook by a very determined and gifted individual Frederick Wheatley.

German speaking Wheatley had, quite fortuitously, been employed to set up the Royal Australian Naval College as the senior instructor of maths and science.

The German naval codebook had been seized by Australian Captain J.T. Richardson when he boarded a German merchant vessel desperate to clear Melbourne’s Port Phillip before war was declared in 1914.

Phelps takes us through Wheatley’s efforts to firstly, crack the code, and then to find a way to distribute the information to Australian and British ships and stations.

When the key to the code changed, Wheatley again took up the challenge. His efforts enabled the navy to track the German Navy’s powerful East Asia Squadron and discover their route back to Germany, via Cape Horn, a message in turn conveyed to the British Admiralty who successfully intercepted the German fleet.

It took many years for Wheatley’s achievements to be officially recognised, especially by the British.

Phelps’ narrative style is perhaps a little overblown for military history purists but it is an interesting book nonetheless, although the lack of an index is, I believe, an oversight.

One interesting piece is the republication of Wheatley’s own story in its original format as an appendix, a story he recounted after retiring from his naval work.