Surviving the Great War: Australian POWs on the Western Front 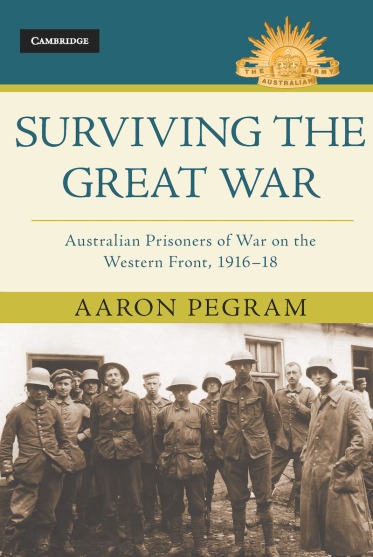 Australian Prisoners of War on the Western Front 1916–18

In the preface to this book, Professor Peter Stanley pays homage to the important work of the Army History Unit, established in the 1990s, which he says is one of the most ‘impressive demonstrations of the Army’s commitment to history …’ having created a community of writers and readers that informs the Army’s understanding of itself and its part in Australia’s history.

In this latest book, we go back a hundred years to the story of more than 3,800 men of the AIF who were taken prisoner by German forces fighting on the Western Front.

Captivity is a story at odds with the popular perception of the Anzac legend and the triumphant national memory that has evolved over the years.

This book offers readers the first detailed analysis of the little-known story of Australians in German captivity in the First World War.

No two POW camps were the same. Much depended on the attitude of the commandant.

And we see too the development of the role of the Red Cross in supporting the prisoners of war.

There is a list of Australians who died in German captivity, or as a direct result of it, at Appendix 1.

Survivors did not always fare well. For many the trauma of their physical and mental sufferings was too great a burden in civilian life.

A sobering reminder of the human cost of war.