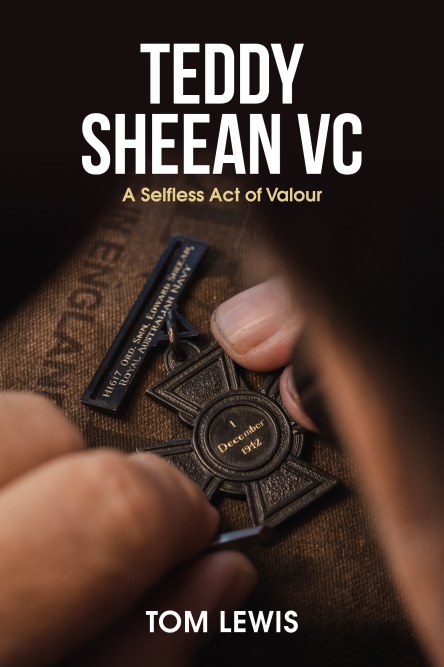 A Selfless Act of Valour

The Commodore Sam Bateman Book Prize seeks to recognise excellence in books that make a major contribution to the study and understanding of naval and maritime affairs. The Prize is named after Commodore Sam Bateman AM RAN (1938-2020), a former ANI Councillor and notable strategic thinker in recognition of his efforts to raise greater awareness of navaland/or maritime matters and progressing the understanding and value of navies in society. The Prize is proudly sponsored by the Naval Shipbuilding College.

In accepting the Prize, Dr Lewis noted that he both worked for Commodore Bateman back in his own Navy days, and also had him as a co-supervisor of his PhD thesis. “I learned a lot from Commodore Bateman,’ he said. “As well as being a greatadvisor and source of knowledge, he was a very pleasant man with whom to spend time talking. I am most honoured to bethe recipient of this prize.”

Big Sky Publishing added their congratulations to their author, Australian Naval Institute for its recognition of maritime interests and the Bateman family for their support to the annual prize.

Dr Lewis will give the Commodore Sam Bateman Book Prize lecture in Canberra in early 2022.

The words of one survivor from the sinking of HMAS Armidale on 1 December 1942 describe, first hand, the heroic deeds of 18-year-old Teddy Sheean, already wounded by the bullets of an attacking Zero, having turned back from abandoning ship and ‘… strapped himself in, and brought down a Jap plane, still firing as he disappeared beneath the waves’.

This selfless act of valour was to save many lives but it took more than 70 years for this act of heroism to be officially recognised with the awarding of the Victoria Cross, the first in Australia’s naval history.

Tom Lewis is highly regarded for his work in naval history.

With this book, he has traced the short trajectory of Teddy Sheean’s naval career against the backdrop of the often brutal conflict that was war in the Pacific.

It was Sheean’s nephew Garry Ivory who spearheaded the campaign for posthumous recognition of his uncle.

Recognition came too in the form of the naming of the fifth of six Collins-class submarines.

But it was the awarding of the VC to Sheean’s family in December 2020 that was the final instalment in his life story.

VERDICT: The story of long overdue and much deserved recognition for a young man of outstanding courage.