Letters from the Veldt 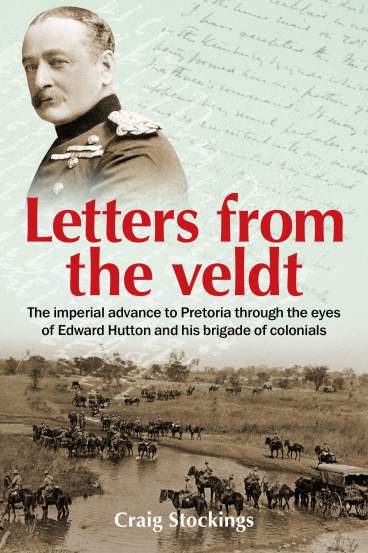 Letters from the Veldt

Edward Hutton’s name would be almost unknown in Australian military circles today yet he played a brief, if controversial role, in the establishment of the first Australian defence force. In 1901, after several potential candidates had turned down the role, Major General Edward Thomas Henry ‘Curly’ Hutton was appointed to the position of General Officer Commanding (GOC) the Military Forces of the Commonwealth of Australia, a post he took up in January 1902, following Australian federation.

By the end of 1904, having fallen out with the politicians of the day, he resigned and returned to England to a career that never again reached the heights of his involvement in the Boer War.

It is this earlier period that Stockings has focused on, through Hutton’s letters ‘from the veldt’ to his wife Eleanor, shedding new light on the activities of imperial military contingents – in which Australians, among other colonial units, served – during the Imperial march to Pretoria from May-September 1900. The successful conclusion of this action marked the end of ‘conventional’ operations in South Africa and the beginning the ‘guerrilla’ phase that would drag on until May 1902.

Read within their context, Hutton’s Boer War letters offer a window not only into the course and conduct of the imperial advance to Pretoria, but also a lens through which to better understand a range of wider issues that framed his world – the world of Australian military history before the term Anzac was coined.