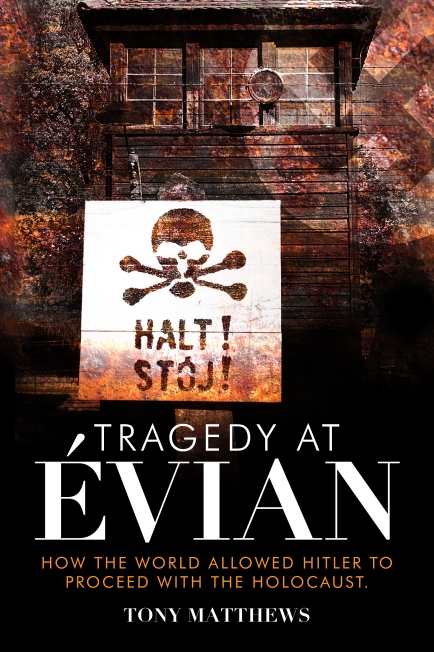 How the world allowed Hitler to proceed with the holocaust

Author Tony Matthews pinpoints the conference in July 1938 at Évian-les-Bains, France as a ‘… critical turning point in world history.’

The failure of the conference to agree on a plan to aid European Jews caught up in Nazi atrocities resulted in a disastrous outcome for a persecuted minority who faced entrenched anti-Semitism at every turn.

Australia, represented at the conference by Britain and by its own delegate Thomas White, who was later to become Australia’s High Commissioner to Britain, followed the line of US and British delegates who raised concerns of an influx of Jewish immigration arousing anti-Semitic feeling.

All this of course was set against the backdrop of nations emerging from the Great Depression.

In Australia’s case, the preference for British migrants remained entrenched.

This timely book serves as an important reminder of what happens when world leaders fail to act, when self-interest and political cowardice triumphs over decency and respect for human life.

In the end, it was the heroic efforts of individuals and private organisations who did the most to help the Jewish people escape the scourge of Nazi Germany.