The Odyssey of the Unknown Anzac 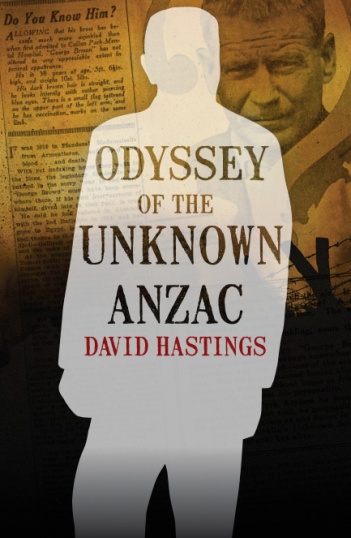 The Odyssey of the Unknown Anzac

In 1928 the Returned Sailors and Soldiers Imperial League of Australia produced 10,000 copies of a poster asking for help identifying a patient, believed to be a returned soldier, who had been committed to Sydney’s Callan Park Mental Hospital.

The response from members of the public hoping that this might be their lost father, brother or son, was overwhelming.

Miraculously, the family of this unknown Anzac was eventually located – in Taranaki, New Zealand.

The resulting blaze of newspaper and radio attention conveyed, paradoxically, the continuing existence of widespread unresolved grief. The final fate and resting place of a third of Australia and New Zealand’s war dead were unknown.

But the previously unidentified man, George McQuay, now being taken home by his mother and sister, was no longer the healthy youngster who had sailed to Gallipoli over a decade before.

The story of what happened to him, of what he suffered and how he survived, speaks volumes of the devastating effects of war and the impact on those who survive, physically, but not mentally.

As Hastings notes, George McQuay did not fit the picture of the heroic Anzac so often conjured up by political and civic leaders, especially on Anzac Day.

He was, instead, a broken, unheroic man. Away from the public gaze, his loyal family gave him as close to a normal life as possible, but his mind was destroyed by war and he never recovered his mental faculties.

David Hastings is an Australian/New Zealand journalist and historian. His published histories include Over the Mountains of the Sea: Life on the Migrant Ships 1870–1885, Extra! Extra! How the People Made the News, and The Many Deaths of Mary Dobie: Murder, Politics and Revenge in Nineteenth-Century New Zealand.