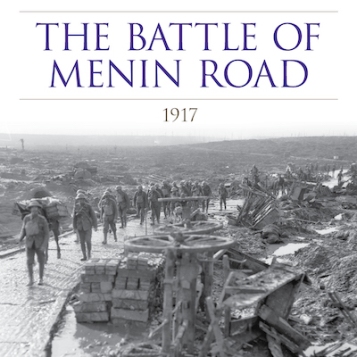 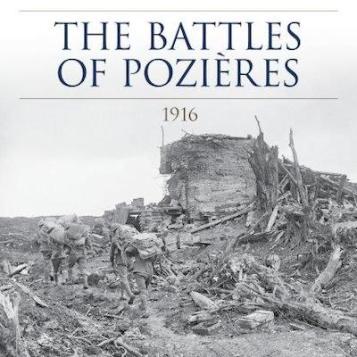 Books 19, 20, 21 and 22 in the Australian Army Campaign series were recently published by Big Sky Publishing – see this website

THE BATTLE OF POLYGON WOOD 1917
Australian Army Campaign Series No. 19

Buoyed by the success of the 1st and 2nd Australian divisions in the Battle of Menin Road, the men of the 4th and 5th Australian divisions filed into the front line ready for the next phase of the battle. Ahead of them lay the blackened remnants of Polygon Wood, a desolate expanse of splintered stumps shattered by the devastating shellfire.

The Battle of Polygon Wood was the second phase in the British forces’ advance on Passchendaele. Success at Polygon Wood would place Broodseinde Ridge within the Second Army’s reach. But the entire operation was almost blindsided by a German counter-attack on the eve of the battle. The critical situation on the Anzac Corps right was only saved by Pompey Elliott’s 15th Brigade whose desperate efforts to contain the German attack and seize the Second Army’s objectives turned a ‘fine success’ into a ‘splendid victory’. But, as author Jonathan Passlow describes in Polygon Wood 1917, this was a victory that was by no means assured and in which luck would play its part.

THE BATTLE OF MENIN ROAD 1917
Australian Army Campaign Series No. 20

The Third Ypres Campaign (Passchendaele) of 1917 is associated with images of slimy, oozing mud. While these images are certainly true for the opening and final months of the campaign, mud was not the defining experience for the infantry of the Australian First and Second Divisions when, for the first time in history, two Australian Divisions fought a battle side by side in the Battle of Menin Road. For them, the defining experience was a well-planned, well-conducted attack that saw all the objectives achieved in very short time.

Menin Road was the third of the series of battles that together made up the… Third Ypres… Campaign. Intended to capture the high ground of the Gheluvelt Plateau east of Ypres to protect the right flank of the British Army advancing to its north, it was a difficult assignment. Earlier British attempts to clear the Plateau had been repulsed with heavy losses. With overwhelming artillery and air support, sound preparation and with limited objectives, the attack on 20 September surpassed all expectations. It was a classic example of how well-prepared and well-supported infantry could take and hold ground.

However, as is explained in the book, it was also a classic example of why this operational method was too slow and would never win the war on the Western Front.

THE BATTLE OF BROODSEINDE RIDGE 1917
Australian Army Campaign Series No. 21

The Third Battle of Ypres – more commonly referred to simply as Passchendaele – is often remembered as a futile slaughter through the mud of Flanders, costing thousands of lives and gaining very little. The Battle of Broodseinde Ridge, fought on 4 October 1917, was a powerful display of how effective the British Army could be in taking and holding ground if its objectives were limited, the weather conditions were favourable and firepower was overwhelming. Three Australian divisions and the New Zealand division fought side-by-side, with British divisions on their flanks, and achieved most of their objectives well before midday. At the time, Broodseinde Ridge was one of the Australian Imperial Force’s most impressive displays on the Western Front but has not been as well remembered as the Australian feats of arms in 1918.

The book provides a narrative of this important battle, situating it within the context of the Third Battle of Ypres, analysing the plan adopted by the British Army and the composition of the combat arms that executed it.

THE BATTLE OF POZIERES 1916
Australian Army Campaign Series No. 22

The Battle of Pozières has reverberated throughout Australia’s military history, long regarded as a costly battle that produced little meaningful gain. Pozières was characterised by the most intense artillery bombardment the Australians had experienced in the war thus far and ‘the hell that was Pozières’ became the yardstick by which subsequent bombardments were measured.

The object of the battle was Pozières Ridge, a low rise that offered a good view of the German positions. Heavily fortified, the ridge and the pulverised remains of the village were contested bitterly and, during its six-week campaign, the 1st Anzac Corps advanced little more than two miles and suffered 23,000 casualties. Charles Bean wrote that ‘Australian troops … fell more thickly on this ridge than on any other battlefield of the war.’

However, the first phase of the campaign was very successful, securing the fortified ruins of Pozières and the German second line. But follow-up operations failed to capitalise and subsequent assaults merely nibbled away at enemy positions without making significant headway.

In a war in which any advance was hard won, the wresting of the high ground from the Germans was crucial. For the battered Allied forces, the capture of Pozières Ridge provided faint hope of an end to a catastrophic war.

This is a highly regarded series which began in 2005 with the Battle of Crete. It is published by the Australian Army History Unit.