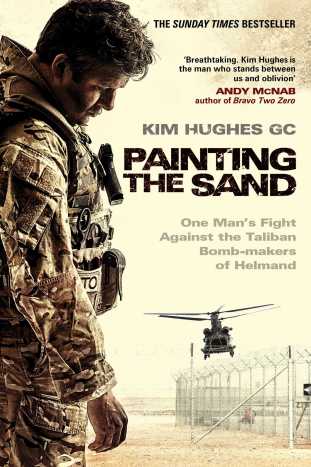 I still remember enjoying the British TV series “Danger UXB” which followed the trials and tribulations of a team of British servicemen whose job it was to defuse unexploded ordnance in London during the Second World War. Well, fast forward to 2009 and in real life we have a British team of bomb disposal operators serving in Afghanistan, whose job was to defuse IEDs (Improvised Explosive Devices).

And one of the experts in this field was Warrant Office Class 1 Kim Hughes, who, during a six month tour of duty in Helmand province, defused 119 IEDs despite, on many occasions, being subjected to Taliban ambushes.

The title of this book is apt as the humble paintbrush is a bomb disposal operators most treasured possessions. The paintbrush, used to dust the sand and grit off the IEDs, is described by Hughes as “a fundamental piece of our equipment in Afghanistan”.

But his most arduous day was 16 August 2009 when his team was called upon to clear a minefield where men lay dying.

He dismantled seven IEDs with his bare hands and, for his service and bravery that day, was awarded the George Cross Medal and his actions were described as “the single most outstanding act of explosive ordnance disposal ever recorded in Afghanistan”.

A truly amazing story of bravery and courage.