ABC News is reporting that Australian veterans from the Battle of Long Tan are set to receive official recognition for their gallantry, almost 50 years to the day after their heroic efforts in the Vietnam War.

On 18 August, 1966, members of D Company who were outnumbered 20 to 1, fought against enormous odds to defeat the Viet Cong in one of the most well-known Australian engagements of the war.

For half a century, many of the men have received no official recognition of their courage, despite sustained campaigning from D Company commander, retired Lieutenant Colonel Harry Smith.

Back in April, I blogged about Harry Smith’s book 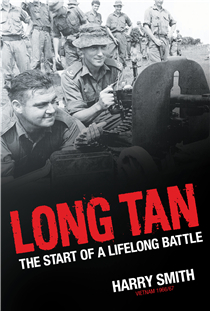 Long Tan
The Start of a Lifelong Battle
by Harry Smith

It was clear that Harry Smith was determined to gain the recognition for the soldiers he felt had been overlooked in favour of awards to officers not directly involved in the fighting.

Here is the link to the ABC News story

I felt my readers would be interested in this latest news that vindicates Harry Smith’s decades-long campaign.