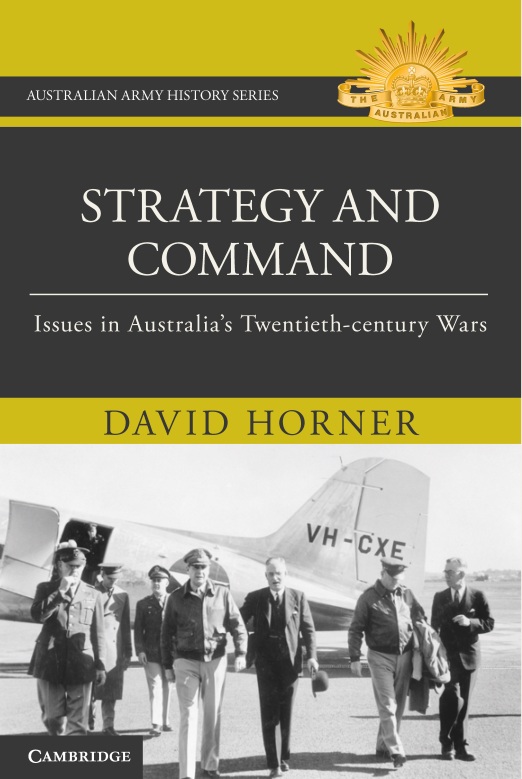 This is the latest in the long list of Australian Army History Series published by Cambridge which began with the publication of The Battle for Wau by Phillip Bradley (2014).

In this work, David Horner sets out to provide an important insight into the strategic decisions and military commanders who shaped Australia’s army history from the Boer War to the evolution of the command structure for the Australian Defence Force in the 2000s.

Horner begins with the Boer War when, prior to federation, individual states sent detachments of mainly part-time soldiers to aid the British cause, planting the seeds of the formation of an Australian national force shortly thereafter.

It became Australia’s first experience of committing forces to coalition warfare, something that continues to this day.

Here too Australian leaders gained valuable infantry command experience. Fast forward to the First World War and the struggle to turn the AIF into a fully Australian force, one commanded by Australians at every level.

The post-WWI period saw the army cut savagely, with numbers decimated and the RAN losing nearly half it ships.

Less than twenty years later, the new Australian Labor Prime Minister John Curtin was recalling the Commander of the AIF in the Middle East, General Sir Thomas Blamey, whose apprehension about Australia’s war preparedness was made known in an extraordinary nationwide broadcast.

It was 1942, a pivotal year in Australian history.

Horner covers more recent history too, including the challenge of responding to events at a time of new joint structures being established and the push for joint commands to be co-located away from Canberra so politicians could not interfere, thus ushering in the era of Headquarters JOC near Bungendore.

Horner ends by acknowledging that ‘without adequate joint command arrangements, the Australian Defence Force would not exist at all’.