Dealing with a Deadly Legacy 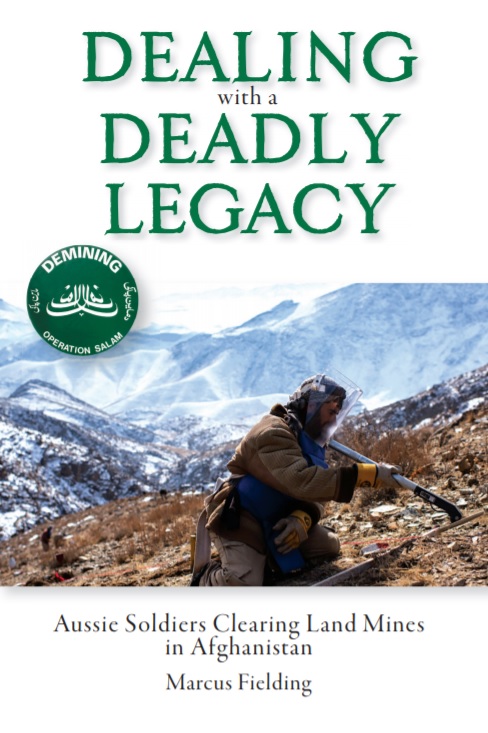 Dealing with a Deadly Legacy

Available on Amazon.com.au at this link

In what is probably the most extraordinary and hazardous circumstances ever faced by Australian soldiers, ninety-two combat engineers helped to clear minefields in the midst of an ongoing civil war. Unarmed, dressed in mufti, disguised with beards and working through interpreters, they helped to develop local expertise.

Adding to the risks they had only a medic on hand in the event of becoming the victim of a mine blast; and the nearest hospital was over a full day’s drive away. How none of them were killed or injured is remarkable.

These Australian Army soldiers were working as part of a United Nations humanitarian mine clearance program in Pakistan and Afghanistan between 1989 and 1993. They blazed a path for future humanitarian demining efforts around the world.

This book gives a revealing account of this little-known mission told by those that participated in it.

You can read a SAMPLE of this book at this link

Marcus Fielding was born and raised in Melbourne. He joined the Australian Regular Army in 1983 and graduated from the Royal Military College Duntroon as a Lieutenant in 1986.

In the following decades of military service Marcus held a broad range of senior appointments in Army, defence and interagency organisations in a number of locations throughout Australia and overseas.

Marcus has participated in four operational deployments. In 1992 he directed operations to clear land mines in Afghanistan. In 1995 he coordinated infrastructure construction projects in Haiti.

In 1999 and 2000 Marcus directed security operations and coordinated the repatriation of displaced persons as part of the Australian-led international force in East Timor. For his work in East Timor, he was awarded Commendation for Distinguished Service.

In 2008 and 2009 Marcus spent nine months in Baghdad as an ‘action officer’ in the Headquarters Multi-National Force–Iraq.

Colonel Fielding transferred from full-time to part-time service with the Australian Army in 2011.

His earlier books include ‘Red Zone Baghdad: My War in Iraq’ published in 2011 by Big Sky Publishing.