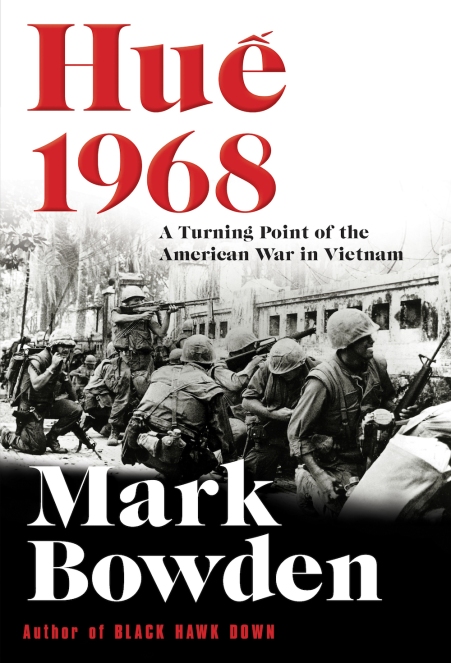 A turning point of the American War in Vietnam

31 January 1968 was a pivotal date in the Vietnam War. It was on this day that North Vietnamese troops supported by Viet Cong guerrillas launched a series of coordinated attacks across South Vietnam.

It caught the American military hierarchy by complete surprise. It became known as the Tet Offensive. Its aim was to overrun the American and South Vietnamese armies thus triggering a popular uprising which they hoped (expected?) would result in the overthrow of the South Vietnamese government.

The early days of the campaign saw nearly 10,000 North Vietnamese troops capture all but two embattled compounds in the city of Hue, the historic capital of Vietnam.

In this engrossing book, Mark Bowden reconstructs hour by hour how a much inferior sized force of American and South Vietnamese troops were finally able to emerge victorious after twenty-five days of bitter urban warfare.

While the Tet Offensive eventually failed, the North Vietnamese did score a major psychological victory. Support for the war in America started to decline resulting in President Lyndon Johnson announcing he would not be seeking re-election.

The belief that an American victory was inevitable had been severely undermined and Bowden believes that “never again would Americans fully trust their leaders”.

To read a more extensive review of this book published in The New York Times (4 July 2017) go to THIS LINK.